Learn how to play text adventure games with this interactive tutorial game.

You are "The Adventurer" and for some reason, you really want to get into the cave of magic.

There is a problem however .....  a troll is outside the cave and won't let you pass.

Learn to code this game (in about an hour) with the tutorial here.

To win the game, gain access to the cave of magic.

Text Adventure Literacy Project games must include a step by step tutorial to teach younger players how to play text-command based games (such as text adventure games or parser based interactive fiction).

The player must actively use the keyboard and type commands to play the game, and the game itself can be completed in less than 5 minutes.

Relationship to The Cave of Magic DX

The TALP version of the cave of magic replaces "The Cave of Magic DX", which is the same game, but without tutorial elements.

The Cave of Magic was used as a template for a remix competition in August 2019.

In this gamejam, entrants were invited to use the existing game as a template for a larger game.

There were 11 submissions, which are listed here:

Screenshots of some of the jam entries:

The Cave of Magic was coded using Adventuron Classroom.

Do check out how the game was put together in the video, and follow @LearnAdventuron on Twitter to learn about upcoming gamejams. 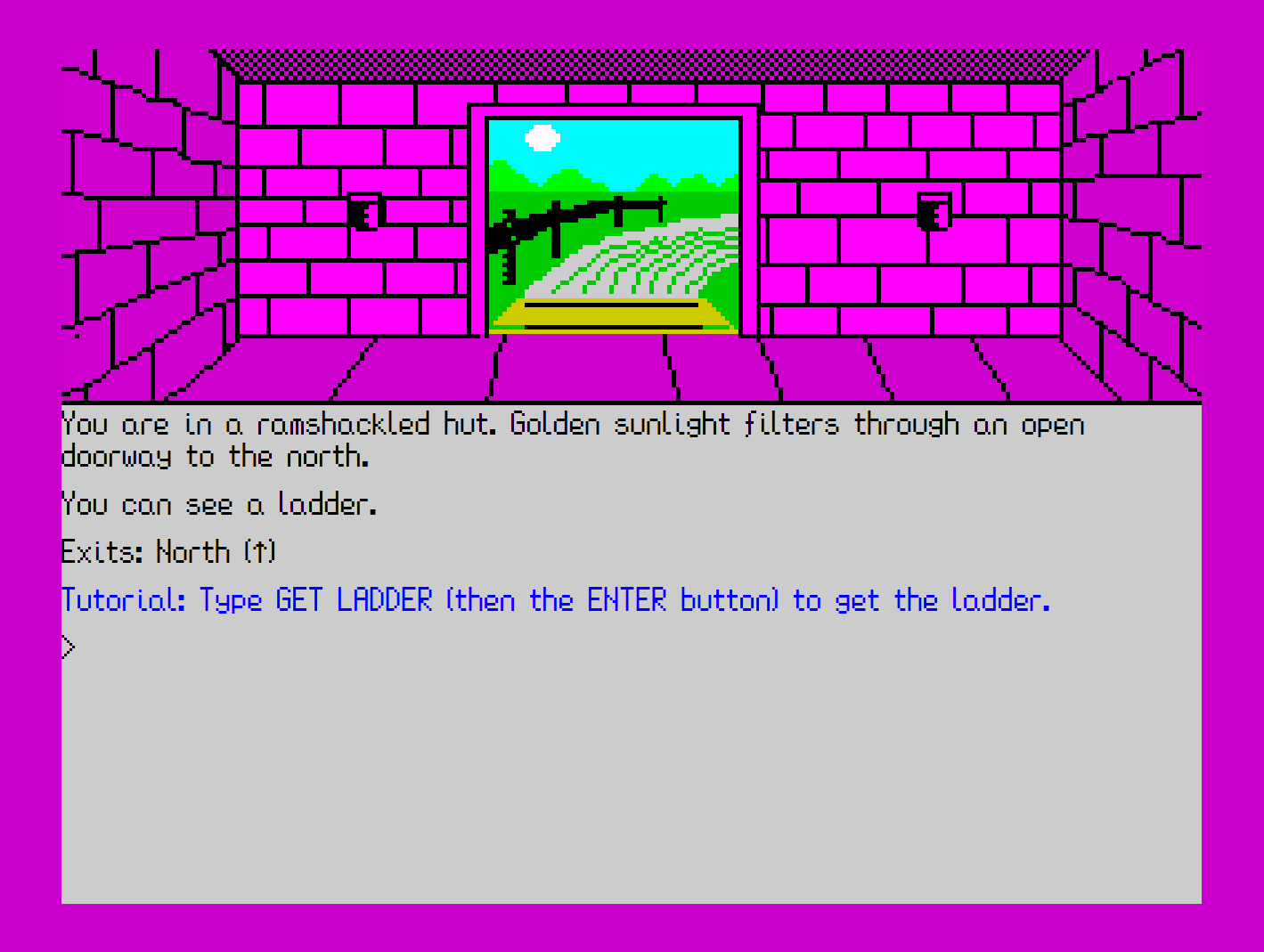 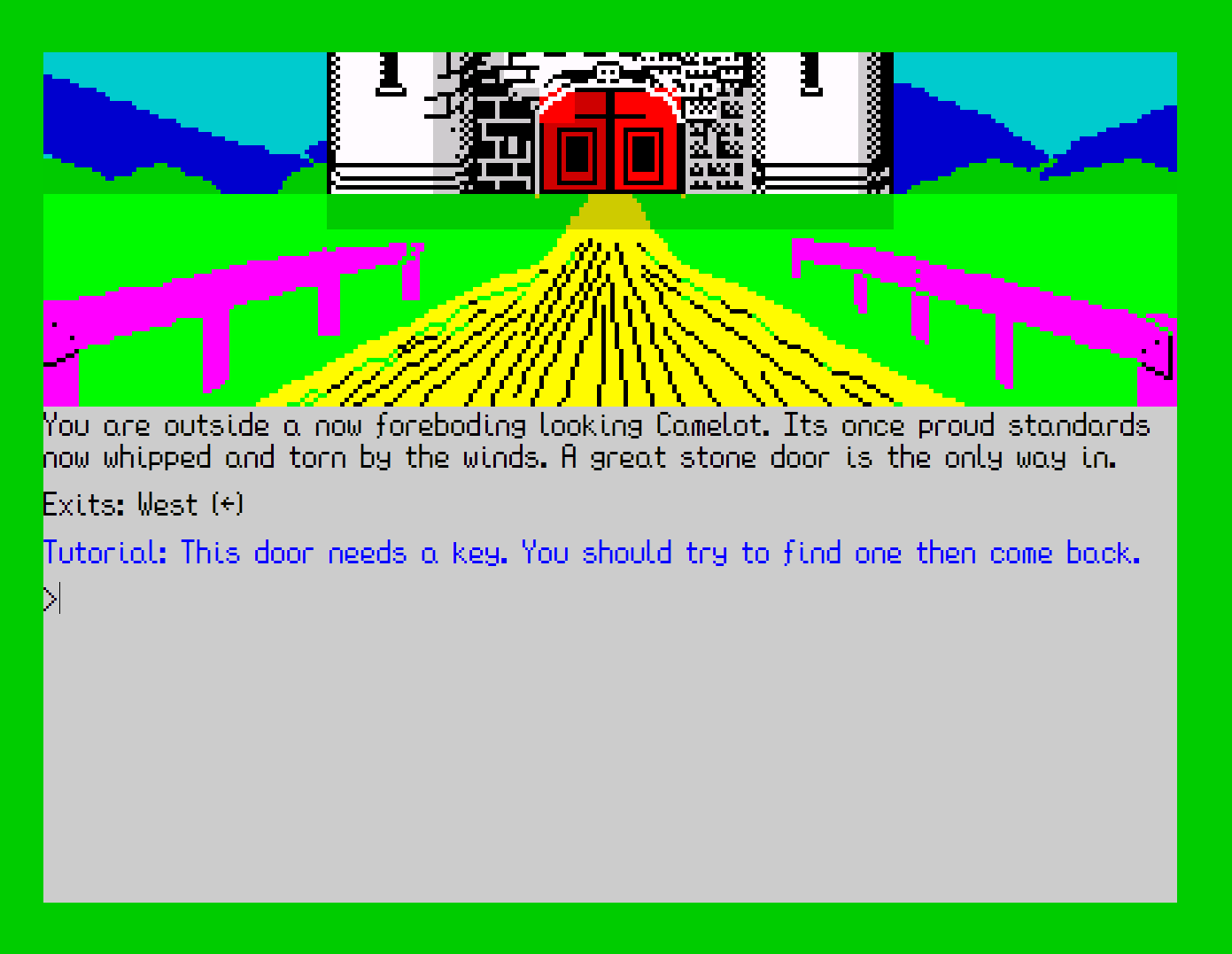 Perfect to start learning Adventuron... and eventually make your own adventure!
The graphics are ok, but could be better.

I always find these text games to be fun. You will for sure find an audience that enjoys these type of games. You should make it longer and more challenging. Awesome start.

YOU should make it longer and more challenging 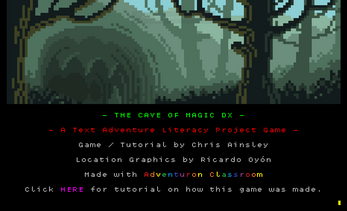 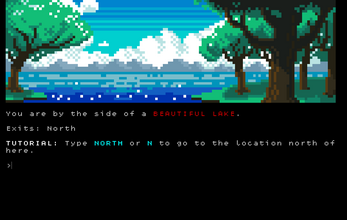 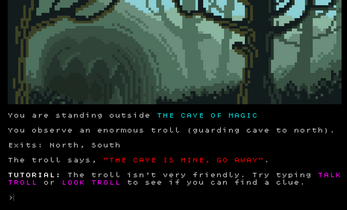