Your balloon goes down over an island inhabited by dinosaurs. Your goal is to escape.

This game was written with Adventuron Classroom (scroll down page for more information).

This "DX" version, updates the engine, adds a TALP tutorial,  adds location graphics,tweaks minor aspects of the game and skins the game in a vibrant retro aesthetic.

This game is part of the text adventure literacy project, which is a scheme for text adventures to self-identify as providing an interactive tutorial for players that have never played a text adventure game before.

This is game number two in the TALP series. Game number one is Excalibur : Sword of Kings (TALP).

A spoiler-filled solution to the original version of the game is available here  (written by David Welbourn).

A ZX Spectrum version of Escape From Dinosaur Island is available in the downloads section, which utilizes the evergreen PAW interpreter for the ZX Spectrum (over 30 years old).

This version works on Spectrum 48K / 128K and compatible models (ZX Next, etc).

NOTE : The ZX Spectrum version does not CURRENTLY support graphics. A disk release may follow to add in the (already 100% ZX Spectrum compliant) bitmap graphics.

The ZX Spectrum version utilises the PAW interpreter, and was made using the  Adventuron 2 PAW source converter, licensed version of PAW, together with various other utilities (documented too).

Targeting the spectrum is not trivial,, but you don't have to be a master programmer either. It's just five or six extra steps to iterate over (after about an hour of getting it set-up).

NOTE:  A boxed copy or PAW will be required, or a new license, available from  @timbucus (twtter). A single user license is good for any number of games you ship using the interpreter - amazing value for money.

To read more about this style of text adventure (or interactive fiction), do check out :

Ideal as a introduction to coding for 8-12 year olds, Adventuron Classroom features a full course on how to develop a full retro-style text adventure game..

It features tooling to make it easy to code, right inside the browser.

Export the game as HTML, ready to be published on Itch or other platforms.

Came back to this and live streamed the playthrough. As fun as I remember the original version. GREAT it can be converted (as can most Adventuron adventures) be ported to the ZX Spectrum (and others). Brilliant stuff.

It's Richard's game, I just gave it a lick of paint, with his permission.

Was quite a challenge to port the game to the Spectrum.

I was having some fun with this but when I got to the hidden cave by the lagoon, there didn't seem to be any way to get out of there.

Type the same command as you typed to go in there. 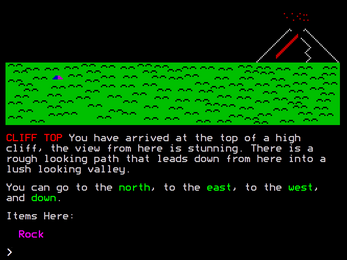 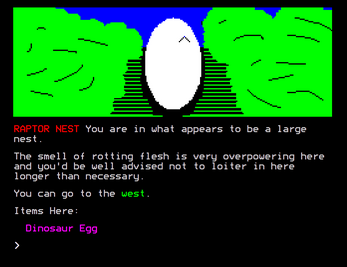 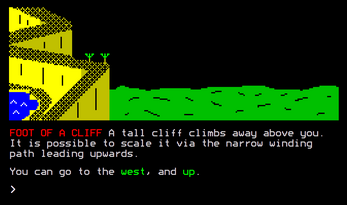 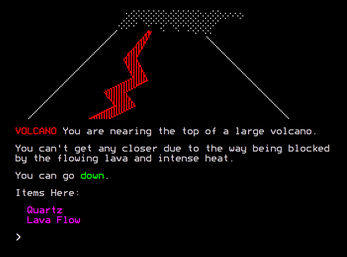 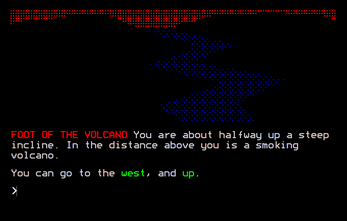