The original version of The Beast (of Torrack Moor) was written by  Linda Doughty in 1988 for the Sinclair ZX Spectrum 128K home computer.

The Beast  was created using the excellent PAW adventure game creation system, by Gilsoft - a tool which if taken together with its predecessor, THE QUILL, led to the production of over a ONE THOUSANDtext adventures in  approximately a 15 year period.

The standard ZX Spectrum 128K was not a powerhouse of a home computer, lacking the disk drive that was (typically) a pre-requisite of the more complex Infocom text adventures, and games with this level on interactivity were very rare indeed in the late 80s UK-based home-grown  segment of the adventure game market.

Linda's mastery of PAW, learned over the course of making her prior games,  allowed her to create the illusion of a dynamic fictional village, with a cast of NPCs to inhabit her world, each with their own personality and routines.

The Beast, offered an exceptional narrative experience and in my opinion, THE BEAST represents one of the high-points of the UK-based home-grown narrative-focused text adventures of the 1980s.

The game is hugely ambitious, and when performing this port, I was in awe at how well considered the game was.

As an example of the attention to detail put into the beast, there exists a routine for chronicling the movement of the mobile library prior to arriving on the village green, just on the off-chance that the player character was in one of the those transitional locations.

Linda mapped out not just every important event in the game, where characters move between locations, but she also mapped out all the transitional locations, and custom messages to display during those transitions.

You may only see one or two of those transitional moments in the game, but when you see them, it fools you into thinking that the world is very much alive.

The review in Your Sinclair only gained a 6 / 10 score despite a glowing review in the review text. I can only assume it was a misprint.

The game was well received by Crash magazine earning a "Crash Smash" (a score of 91%). 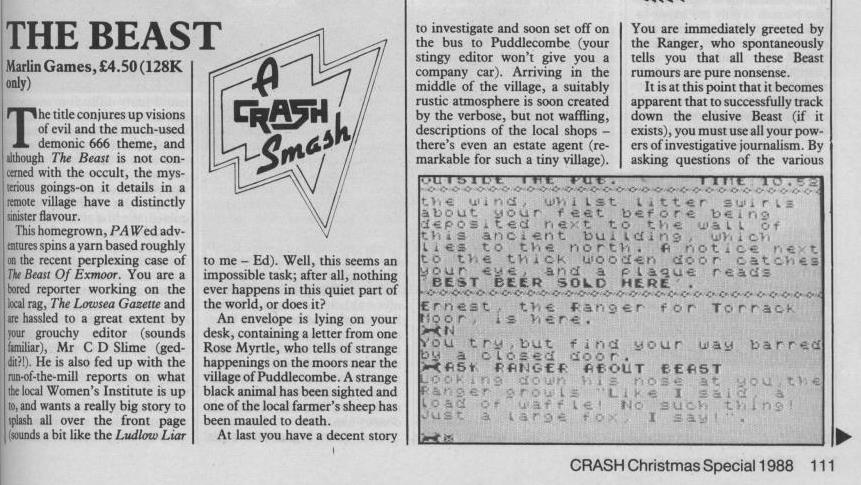 Thanks to Gareth Pitchford for providing these scan,  and well done Linda, on your Crash Smash!Important Release Notes - Mobile Platforms

Here are some screenshots from the original 1988 version of the beast, just out of interest. 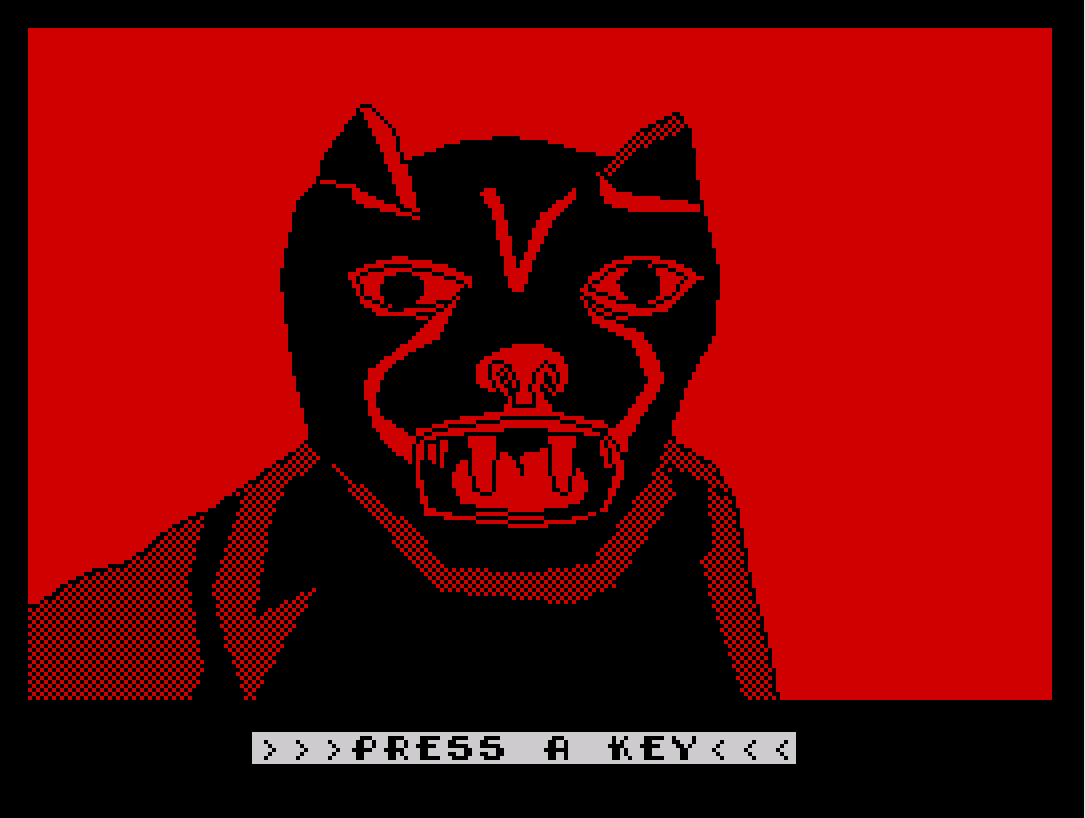 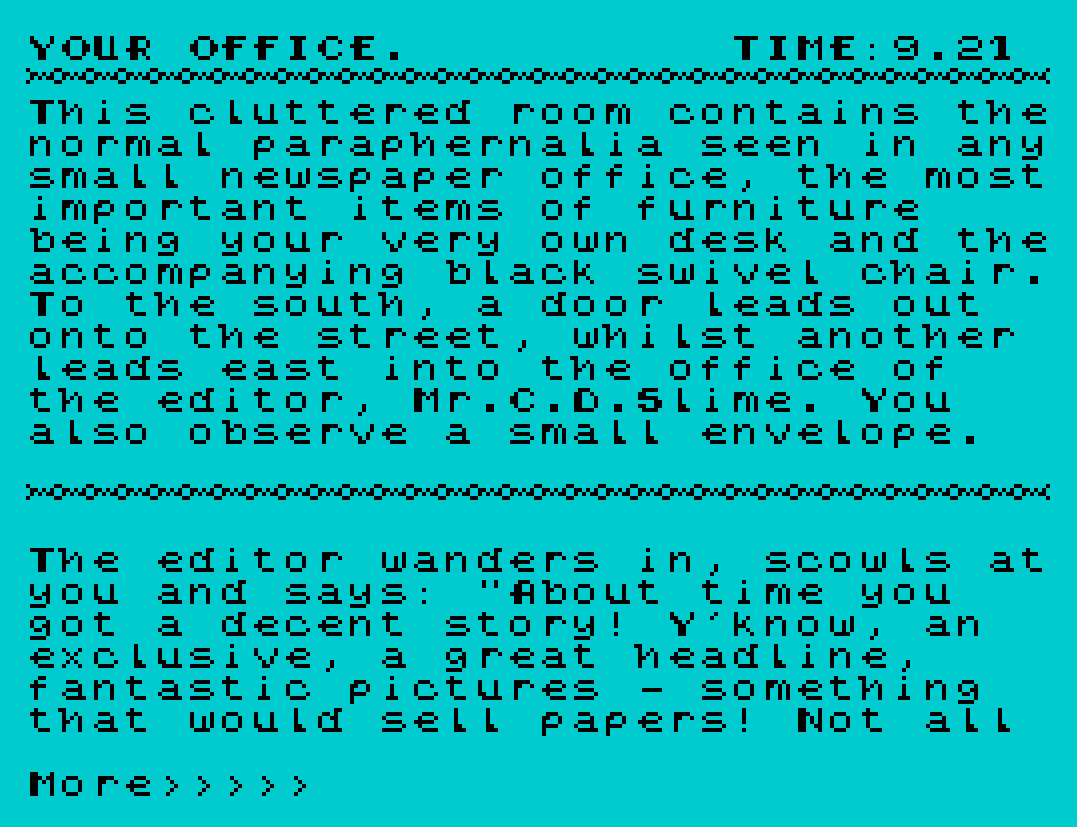 A port of the Beast was made to the Inform system (also with permission) made back in 2007, by Steve Haddon. Find out more about that version here.

If you don't know much about the UK-based text-adventure / IF scene of the 1980s/90s, I recommend reading:

(note, this information was originally located on the landing page, and moved to this devlog post for conciseness).

Get The Beast of Torrack Moor - 30th Anniversary Edition

Track down a wild beast on the moors of England in this remaster of the classic ZX Spectrum text-adventure.